First time back and writing for quite some time.... One new face and some old faces to get Feburaries meetup underway. We start the evening discussing the new Joomla London blog.

The reason it came about is Phil and I both took umbradge at an article released into the G+ community. It was just so lazy in it's approach, regurgitating all the same old myths and misnomers and constantly reffering back to Wordpress as the "standard" that I felt it needed answering. I wrote a rant and posted it on their blog, Phil then wrote and article and posted it on JoomlaLondon's blog. In his research he came accross a great site which monitors all the security exploits currently known for all different types of software including WP Drupal and Joomla. What was really interesting which is our point in fact is that it shows Joomla as having a decreasing level of exploits where Drupal and Wordpress both have increasing levels. The point here is that many hacks are pumping out these articles with very little real investigation and are no longer representing the truth.

We then ran through a couple of extensions:
ReDJ for creating redirects from old urls in the case of site migrations. RedJ is brilliant in that it can do group redirects and can use regex to identify source urls and placeholders to create dynamic redirects.

ITPMeta to manage metatags including things like Opengraph metadata for each page. It has an auto learn feature which is really usefull but beware as it can become quite a management overhead.

Melvyn discussed Breezing Forms as a very nice form builder for Joomla. Very easy to use, user friendly and nice looking. from zero to form in 5 mins...

On this track is also a free release for a simple contact form from RSJoomla guys called RSContact.

Phil then discussed IDEs. Having done some research on finding an IDE he could use accross platforms including Android, he came accross IceCoder and found it to be very handy. Open source and only ask for a donation of £5. Having tested it he found it to offer almost everyting he needs, especially for those smaller tweaks and changes on the move.

Another offering to the group was codebox.io. This seemed to offer even more functionality and wasn't one that Phil had researched so looks really good, is opensource, handles more languages than icecoder, so definitly worth investigating..

Next up for discussion was Responsivizer. This is a component that transforms any non-reponsive template into a mobile friendly site. Effectively what it does it creates a new template and then imports copies of existing modules configured for specific module positions into the template. It offers a device emulator which allows you to view the new layout using different devices and and screen sizes to make sure the site works properly.

It's not perfect and it is effectively creating a copy of the site especially for mobile viewports, so it does expand the site and may bring quite significant overhead but for a quick solution to making a 1.5 site flexible enough to work on mobile, it might be useful stepping stone. Cost is about $49.

Ryan brought up his issue with numbers being added by Joomla into article urls and Joe came up with an excellent alternative to creating menus to control the alias or god forbid installing Sh404SEF behemoth. Basically it involves activating a hidden piece of core code by adding a field to the xml config file for com_content.

This is a core hack but it is a file that is little changed and hasn't changed for some considerable time(at 3.3.6). It may however break backwards compatability for some extensions, unknown which ones.

With his site now fixed, Ryan also mentioned our previous recommendation Purple Beanie as a booking system. Not having used it yet, he couldn't comment but will endavour to create a writeup once he's had a chance to use it in anger.

+Claus told us about his new company which offers support on Joomla for small businesses. The first hurdle he has come accross is the rights on the Joomla! name. Having called his company Joomlassist, he is now worried about infringing the copyright. We had a discussion about whether or not he should change his company name. It was suggested that if he chose a name that doesn't have the Joomla name or an abbreviation, he could also braden his service offering in the future to something else.

We then moved on to performance and how to test performance. It is planned for the JoomlaLondon team to do some stress testing comparisions between joomla Driupal and Wp.
This is inherently difficult to do consistently because of all the different parameters and "elements" in the process. Browser caching, server caching, compression and so on...

That about wrapped it up for this month....

Look forward to seeing you next month.

EDIT: Sorry posted this unedited and incomplete...will edit along the way. 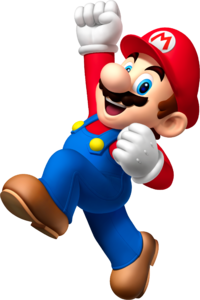