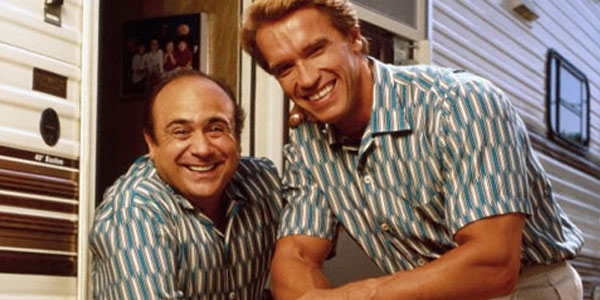 Good turn out this month and a warm welcome for Simon to the group. Simon now works at Softforge and will be helping us expand JoomlaLondon in the future. Thank Simon for this writeup.

After usual intros and cough,..comedy moments, the meeting got underway with Phil recommending a change in meeting format:

To involve the group in testing Joomla patches both at Softforge HQ during the week and at JUGL meetings.

It was suggested that the monthly meetings begin to follow a more structured format. Such as introductions to begin with followed by bringing concerns to the group. This could involving testing code, plugins etc. during the meeting or during the weeks prior.

We’re also committed to getting meeting write-ups out faster and more consistently. We may even include some recorded snippets.  I think this one smashes all records for delivery time!

While the meeting format is getting an enhancement, so too is the Joomla London Website (https://www.joomlalondon.co.uk/)

The current site was a bit of a quick response to getting the site upgraded to Joomla3 and as such basically followed the old format/structure etc...well times have changed since then, so it was felt a whole new approach was needed.

Gary made a comment remarking that the general dark theme of the website “doesn’t work” and that a lighter theme would be more appealing.

Several comments were made on the current site containing old and outdated information, so further updating of that would be required.

From the previous point, the idea behind the new site was to quickly identify our target audience and attempt to “focus” available content toward the user. From this objective the trie to be audience based, filtering content into four main groups:

These four main groups can be used to help better deliver relevant information quicker to particular people. They just need to decide which group they fall into.

Phil suggested it would be better if the site described who JoomlaLondon are and what we do in a succinct way.

An example brought up was that, if someone is just a hobbyist and is trying to get an understanding of Joomla, they’re unlikely going to need as much information as a full developer off the bat. Instead, making use of the hobbyist section can help them find simpler but still useful information to help them get into Joomla.

At the same no information will be exclusive, you will be able to access all content from any group...the sharp eyed amongst you will notice that will lead to possible duplicate content. Well we’ll probably employ some voodoo magic to fix that...now where’s that eye of newt?

Phil suggested an additional unified view incase people didn’t feel they belonged to any of the above mentioned groups. This suggestion was dismissed out of hand! actually it was taken on board and probably will be a good idea.

Further suggestions for content were: Putting up ballpark figures for hosting and building costs etc. (Maybe? Maybe not?) Could be a good idea to give people an idea of development costs, so as to “avoid being conned”.

Another and similar suggestion would be the possible inclusion of an FAQ?

Putting a developer area on the site so that information can be shared amongst members of the group outside of the monthly meetings. Items could include pieces of code, bespoke components and plugins etc.

The number of social icons present on one page was bordering “one too many”. For example there are three tied to the side of the page that are always visible. There are also four sitting in the footer at the bottom of the page.

The new Joomlalondon site will be turned on before the next JUGL meetup.

News flash!, we now own the domain “Joomlalondon.com”. It currently rediects to the .co.uk address.

Interestingly the domain joomla.london also points to our website. Unfortunately we don’t own it even though we did apply for it. Apparently it’s own by someone in America, so thanks to them for pointing it over here.

3.5 takes anonymous data such as php version. Server type etc. Does not identify websites and so on in that fashion. Is also opt out.

Joomla 3.5b takes anonymous data from users such as the running version of PHP, the type of server the site if running on and other such information. This data gathering does not identify websites, personal information etc.

The reason is to gauge how users are running Joomla so that future security patches can be built based on known data rather than guess work. This feature is also opt out, so is not mandatory.

There was also word on Joomla 4 development however it is early days, apparently scheduled for a 2016 release (no month specified)

A new version of a component we have mentioned before called JBackend has had a new update bringing push notifications for Android and IOS from the Joomla API for bespoke mobile apps.

The subject of advertisement was also talked about, given that a large portion of Joomla’s funding comes from advertising (roughly 80% or so).

It was discussed that advertising had to be handled carefully but above all it cannot be put into the CMS itself.

Current Joomla documentation quickly becomes outdated in some places. With this in mind it needs updating, the difficult part is finding people who are willing to write the documentation.

However despite the state of the documentation the Joomla New User Experience (NUE) is, according to George, pretty good.

SeBlod(nominated by Eoin, with tongue somewhat in cheek), J2Store for its novel approach of extending the core content and Shika LMS(not quite functional yet, but looking very promising)

SEBLOD is a WEB APPLICATION BUILDER for Joomla! This concept extends the functionality of the most used CMS in the world, without hacking the core. It is essentially an app builder and one that comes with a steep learning curve but once mastered, is extremely powerful.

Eoin & Gary and running a project with this at the core, so look forward to a writeup on this sometime soon.

J2Store is a component that allows the creation of an online store within Joomla. It integrates well with Joomla’s core features and is simple to setup. It’s development is very active, with bugfixes found by Phil being fixed in the following patch.
https://extensions.joomla.org/extension/j2store

Shika LMS is a component designed to allow online courses to be organised and distributed in one place. It integrates well with EasySocial.
https://techjoomla.com/categories/listings/shika-lms-for-joomla.html

That was about it, we all retired to the pub where people mostly drank beer and ate fish n’ chips.

Just a quick mention to Ben who won’t be able to join us for a while due to the impending delivery of twins. Good luck!